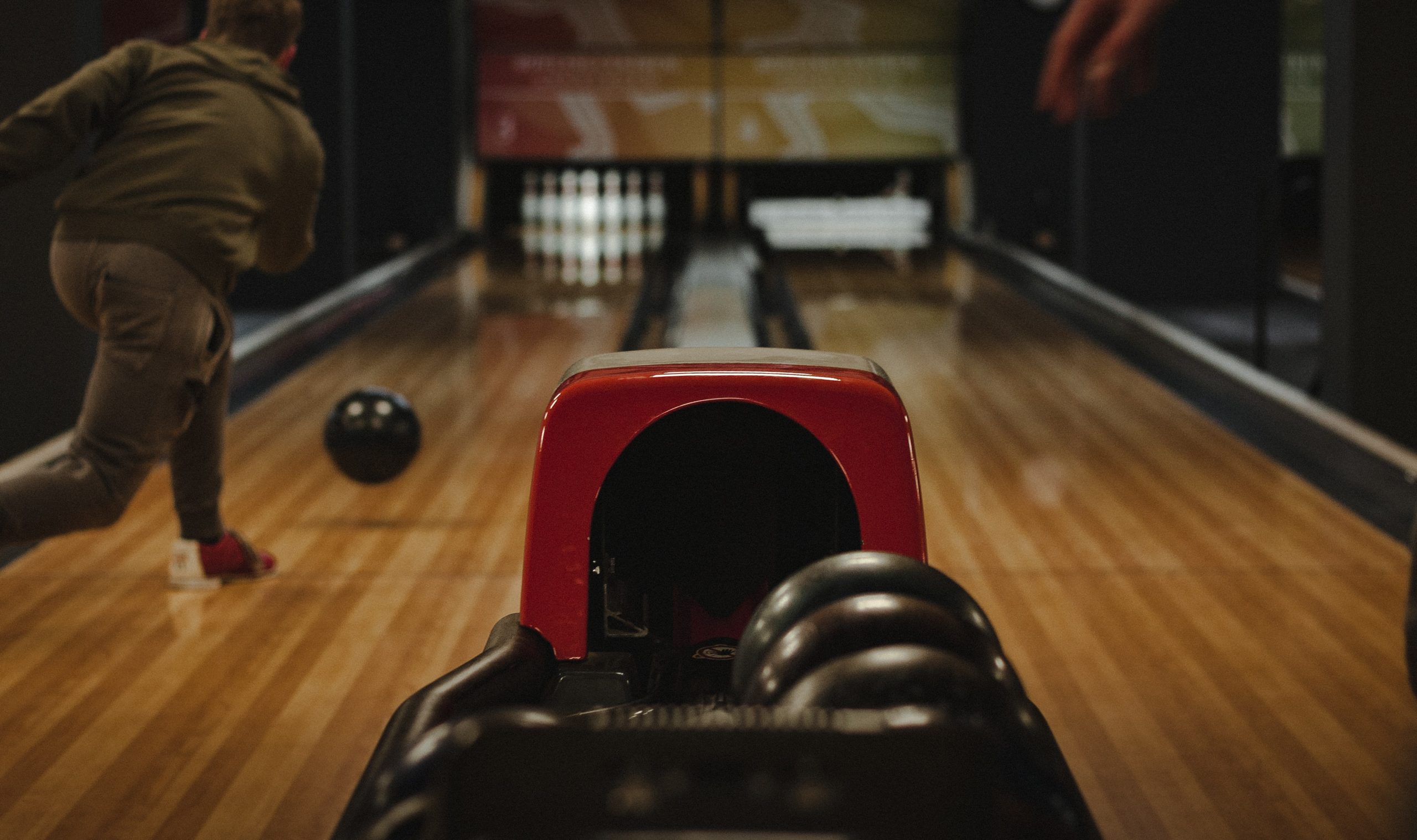 When we look back, throughout civilisation, stories and storytelling have existed as a form of communication. It was used as a primary channel to pass one’s experiences. Stories still play a vital role, but as we grow up, we start to believe that stories can only be in the form of fiction work. At the workplace, we call someone a story master for their use of stories to get creative excuses. But we often forget the fact that stories can be a powerful medium to set the context or to get people connected to a value or belief. Influential leaders have used storytelling to drive their message and inspire action. Business leaders are now looking up to storytelling to communicate their vision and to influence change.

The Science Behind Stories

When reading or listening to a great story, haven’t we all got transported to the specific scene in the story? The scene could be from a novel, a movie, or it could be your colleague talking about the sales pitch made for a client.

What if I said, there is science behind this experience? Based on research Princeton neuroscientist Uri Hasson says, “a story is the only way to activate parts in the brain so that a listener turns the story into their own idea and experience.” As a team member, a manager or as a sales lead, when you want to influence or inspire someone to act – use storytelling. Storytelling has science behind it.

Lani Peterson, in her Harvard Business Review article The science behind the art of storytelling says, “Scientists are discovering that chemicals like Cortisol, Dopamine and Oxytocin are released in the brain when we’re told a story. Why does that matter? If we are trying to make a point stick, cortisol assists with our formulating memories. Dopamine, which helps regulate our emotional responses, keeps us engaged. When it comes to creating deeper connections with others, oxytocin is associated with empathy, an important element in building, deepening or maintaining good relationships.” When you use storytelling principles, Oxytocin, Dopamine and Endorphin could be your friend. And, by controlling the trigger of Cortisol, you can use it to your advantage!

People get onto crowdfunding platforms such as Kickstarter, Milaap to share their purpose – the “WHY”. By sharing it, they believe the general public will be able to get connected with their mission which can influence them to become donors for their cause. The fundraisers usually use one or the other form of stories to communicate the purpose. Amanda Palmer, an independent musician from New Zealand used Kickstarter to generate funds for her music album. Watch out how she conveys “the WHY” in this video,

Stories Transfer Values and Beliefs on the Audience

The critical aspect of making people act is when your values and beliefs become theirs and a shared one. Stories have a long history of having played a vital role to create shared values & beliefs. The easiest way to do this is by showing them why you started believing in those values & beliefs. This element can be particularly powerful when a CEO wants to communicate the organisation’s values. A salesperson can use stories to convey what his product stands for – the values behind the product idea. That could be a differentiator, as there is a higher purpose for the buyer to relate.

In his HBR article, Peter Guber, a renowned American filmmaker & entrepreneur, shares how he managed to get the late Cuban President Fidel Castro’s permission to film in Havana’s harbour. It’s a known fact that Fidel Castro considered the US as his enemy. Peter achieved this by invoking the values and beliefs Castro had for Cuba’s heritage and history and how, as a filmmaker, Peter is trying to highlight some of those aspects without invading Cuba’s privacy. This approach got the Cuban President to allow the crew to film anywhere in Havana’s harbour more than what Peter had wanted for his shoot.

Stories Engage the Audience Beyond Facts

The general belief is that facts engage and drive decisions, but the truth is facts help us base our arguments, but when it comes to making decisions, it’s based on the story. As per a 3M note, humans can process images 60,000 times faster than texts. Influential leaders wrap their facts with an influencing narrative and deliver with emotion. While data appeals to only one part of the brain, when we read or listen to a story, along with the language parts getting fired up, other parts of the brain also fire up.

As per Jonathan Gottschall, the author of Storytelling animal, “While the brain watches a story, you’ll find something interesting–the brain doesn’t look like a spectator, it looks more like a participant in the action.” Now you know why stories connect with an audience faster than cold, hard facts.

Smart brands use storytelling techniques in the way they present, advertise their products or services to their target audience for quite some time now. Nielsen, the leading market research firm notes, “Ninety-two per cent of consumers around the world say they trust earned media, such as word-of-mouth or recommendations from friends and family, above all other forms of advertising.”

People like to do business with people they know, trust and like. So how to get customers to know a brand and love it? With the proliferation of social media, user-generated content is one key element which brands are using it to connect with their audience through their existing customers and influencers. We look for validation of their decisions and look forward to getting identified with fellow cohorts. Airbnb uses customer-centric storytelling as one of the ways to connect with people and improve brand loyalty.

This advertisement from Coco-Cola creates an emotional connect and to drive their message. Who wouldn’t want to part of that story?

Great business leaders and marketers create personas of their audience to help them to decide. Personas help businesses to stay relevant to the audience they are catering to. As we can see from the Kickstarter campaign of Amanda, she sets the context early in her video. Which makes sure that whoever watching it can relate to her struggle and the values she stands for. She then moves on to provide the context of her current campaign, which is about independent music and the art she believes in.

By using stories to set the context, inductions programs in organisations can be made more impactful.  New joiners are eager to understand what their organisation aspires for and how they could contribute towards that. What better way to achieve that than take them through a story of why the organisation came into existence and the current stage of the journey?

The difference between a great company and a mediocre company is about people. To be a successful organisation, it needs to have an engaged workforce that is contributing to its fullest potential at work. But surveys highlight that disengaged employees is on the rise. With the growth of the millennial workforce, organisations are struggling to keep them engaged and motivated.

David MacLeod and Nita Clarke through their research have found four enablers for successful employee engagement. The first among that is Strategic Narrative. It is about leaders using storytelling to connect, engage and inspire the workforce. In essence, these stories could be founder stories, customer impact stories, employee impact stories, leader specific stories to name a few.

Compelling narratives have an emotional context, and it helps in humanising dry employee communication. As a next step, employees should be encouraged to share their stories to get this into an organisation-wide initiative. Innovative organisations stand out for using these enablers to improve employee engagement.

Data is Not Memorable, but Stories Make Data Impactful

How often do we see presentations where some statistics are referred, and we ask, “So what?”. Statistics are often forgettable when they are presented as plain-vanilla numbers, but when speakers used stories to present a data point, the retention rate increased to a whopping 65-70%, says research by Stanford University.

Stanford Professor Jennifer Aaker says “When data and stories are used together they resonate with audiences both intellectually and emotionally, for a lasting effect you need to persuade the rational brain but also resonate with the emotional brain.” Data-rich presentations can be made impactful with the help of narratives and visuals.

As they say, analytics inform while emotions compel. That’s how humans, in general, and business leaders make decisions. A study by Fortune Knowledge group and Gyro conducted with 700+ business executives concludes that 65% (almost two-third) of the executives consider subjective factors making an influence in deciding on competing proposals. So what gives them that comfort to rely on the unquantifiable factors? It is the stories that they have heard about the culture and values of the organisations or individuals.

Stories connect, when data is delivered in an emotional context, we are better in making decisions.

Stories are Memorable and Sticky

Professors Chip and Dan Heath in their insightful book, Made to stick: Why some ideas survive and other die, argue, “Business speakers seem to believe that once they have clicked through a PowerPoint presentation showcasing their conclusions, they have successfully communicated their ideas. What they have done is shared data. They are often surprised to find that nothing they said had an impact. They haven’t created ideas that are useful or lasting. Nothing stuck.”

Even before paper and computers came along, we were communicating, and our grandma stories have travelled through generations. So when you decide to make your next presentation, do remember to share a couple of anecdotes – science & history proves that anecdotes might last longer than the data points you share.

Storytelling is a Competitive Advantage

Apple stood out even among the users of competition products for one big reason. That’s Steve Jobs -the master storyteller the tech world has ever seen. Apple product launches are as much about the stories as it is about the products itself. Jobs was a gifted storyteller; the accounts of struggle users were having with tech products connected with his customers so well. His narratives crafted Apple’s product benefits with how it makes life easier for the users. Steve Jobs is no more, but his stories and the influence he created with product launches will remain. That’s a competitive advantage any business leader wants for his/her product or service.

Businesses today realise the importance of storytelling, and it is difficult to find a brand that is successful but doesn’t have a good story behind it. Stories come naturally to humans as it provides meaning, creates context and evokes a sense of purpose. As humans, we yearn for empathy, which is what stories offer, and it helps us to relate, empathise and remember.

Do you practice storytelling in your organisation? If not, its time you start.

Scroll back to top
Share
Share
Open chat
Powered by
Hi,
Thanks for reading my blog. How can I help you?